No! Not me! I’m still here! Many shows only come for one week, so now just as the party is really getting going, some are packing up and leaving us. Nevertheless, their flyerers were out yesterday, desperately drumming up one last audience. I bumped into the delightful pair from Uke Belong To Me on the Royal Mile still flyering only an hour before their final show and Stiffs were about; saw them on Friday evening, a great two-hander, I except to see more of those young chaps in the future.

The Aspirations of Daise Morrow finishes today; a beautiful production with live music, served up with brash aussie humour and pathos. It’s a shame that the heavens have opened and today all day is forecast wet, wet, and more wet! Yup, at the realisation that the boys of the Ukulele Death Squad are soon to depart us, the Edinburgh skies are already sobbing. One last soldout show at Leith Depot tonight and before that something at the Book Festival, that’s gonna be soggy, guys! I saw them last night for their soldout Assembly show, awesome, just one thing could have made it better, if we’d been able to get up and dance (more on that later). I’d set myself up nicely by nipping into the Cowshed on the Cowgate to catch Logan’s Close set earlier on, the place was jumpin’!

Let’s hope the skies cheer up soon, after all, tomorrow is another week! New shows will take the slots vacated. So it’s goodbye from them and hello to them others 😆 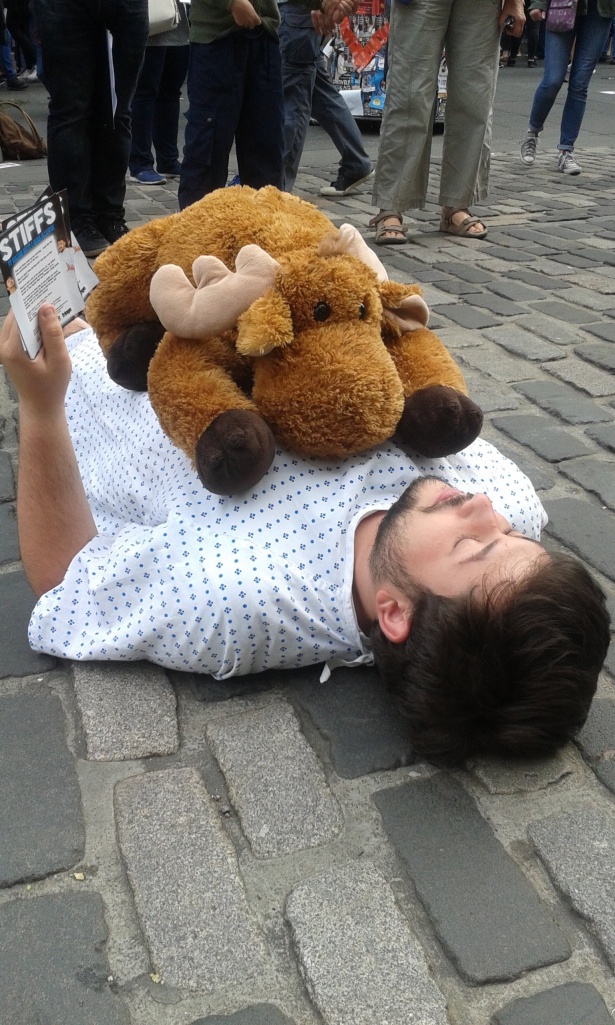 One thought on “So long, farewell, ta-ra, toodle pip!”